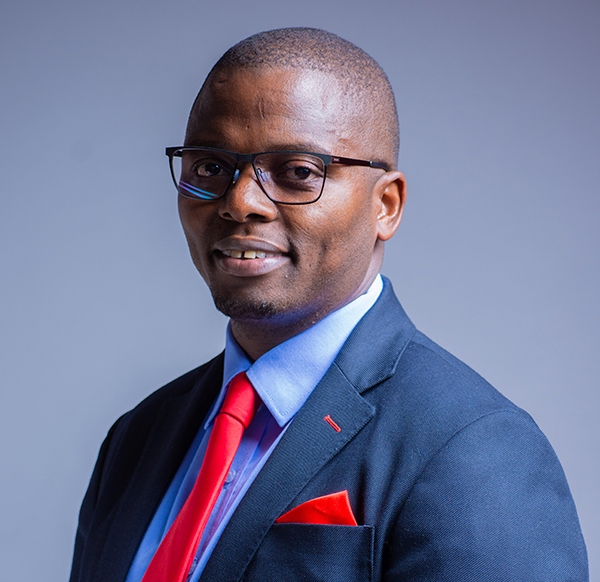 Eng. Dr. Matthews Mtumbuka, born in Malawi, attained his DPhil in Communications Engineering at the University of Oxford in 2005. Following his appointment as the CEO of UbuntuNet Alliance, the Department of Engineering Science of University of Oxford caught up with their alumni, to ask him about how his experience and stay at the reputable institution shaped him and made him ready for influential posts such as the one he has just accepted. NUANCE now publishes the interview. Excerpts:

UO: Thanks for speaking with us, Matthews. Firstly, can you tell us a bit about your time here at Oxford?

MT: I had a great time at Oxford, studying for my PhD at Hertford College between 2002 and 2005. I enjoyed my doctoral research a lot – and life beyond academics, too. The research topic I chose was something for which I had a great passion. Since my undergraduate days back home at the University of Malawi, I had always wanted to understand the propagation of signals in mobile communications.

The advanced labs that the Department of Engineering Science provides were very useful in enabling me to conduct a lot of experiments and measurements in and around the Thom Building. I performed signal propagation measurements on the second and fourth floors, between the two floors and from inside and outside of the building. We manufactured our own antennae for use in our measurements and developed computer programmes to control the equipment and process the signals and data using Matlab.

The other great experience was the discussions over tea breaks with fellow research students. One of such discussion with Dr. Wasim Malik – now an academic at Harvard and MIT, but then a fellow researcher in my lab. It led to the realisation that we could combine some of our research; this collaboration resulted in some four or so refereed publications. Every Friday we had a seminar: they expanded our knowledge base, and the academic rigour and critique involved pushed everyone to do the best of their best.

I am infinitely grateful to my doctoral supervisor, (Emeritus) Professor David J. Edwards for the great coaching and mentoring he gave me. I am also grateful to Professor Dominic O’Brien and Professor Chris Stevens, whose academic discussions greatly enriched my research and developed me into a refined engineer.

Beyond the academics, I enjoyed networking with friends from across the world and also within the Oxford University Africa Society. I served as the Society’s President from 2003-2004, and managed to invite and host the then State President of my home country for a talk at Rhodes House on 28th February 2004, one which the assembled students enjoyed very much.

I was also very active beyond the university, especially when I joined Oxford Speakers Club (part of Toastmasters International), where I spent more than a year learning public speaking skills alongside my doctoral studies. Again, I had the honour of becoming President of the club from 2004-2005. The public speaking skills that I acquired there proved to be of great use in my career and as I impact many youths in Malawi and Africa with motivational talks, a task I really enjoy.

UO: You’ve recently taken up an exciting new role. What can you tell us about that?

In my new role as CEO of UbuntuNet Alliance, I am charged with the responsibility of managing this multi-national organisation by developing growth and sustainability strategies.

UbuntuNet is a membership-based non-profit research and education networking organisation for Eastern and Southern Africa. We plan, build and operate a high-speed backbone network interconnecting National Research and Education Networks (NRENs) in the region, and connecting them to other such networks worldwide. We also promote the utilisation of advanced information and communication technology in research, teaching and learning.

The membership of UbuntuNet Alliance comprises 26 countries in Eastern and Southern Africa. 16 of these countries have already established operating entities; out of these, nearly 12 are connected to the regional backbone network.

Basically, our clients are all the public universities in a large part of Africa. We provide them with broadband and related services at affordable prices, significantly lower than alternative options from commercial providers. Some of our key partners and supporters include the European Union, World Bank, Africa Development Bank and so on. Our European sister organisation is GEANT.

UO: How does your engineering expertise play into your role?

Our organisation provides broadband and other technology – as such, all our products are outputs of engineering work. The deep engineering expertise that I acquired at Oxford helps me to fully understand the technology that we provide.

We operate in a very dynamic world, subject to fast-changing technological trends. My doctoral research was contributing to what we expected to see as the technology being used ten years ahead of us. That gave me the insight to see far in the technology plane and then concretise that into what we need to be doing today to remain relevant in a decade’s time.

I remember when I defended my viva [an exam during which researchers are invited to orally explain and defend their doctoral thesis]. Professor Edwards told me that with time I would forget some of the content I learned in Oxford, but what would remain with me would be advanced problem solving skills, innovation and confidence. These soft skills, which are mostly by-products of graduate engineering studies, are a great resource for career advancement. For that, I am infinitely grateful to Professor Edwards, the Department, and the Rhodes Trust who sponsored me and my research.

In fact, that great Oxford training enabled me to get my first job with Shell Europe, for whom I worked in Aberdeen, Scotland, for more than three years. Shell gave me further grounding on top of Oxford to prepare me for big impact roles back home in Africa, and particularly in Malawi.

With such a solid background, I have now worked in Malawi, Rwanda and Kenya, across 14 countries with my previous employers Bharti Airtel, and now 16 countries in my current role – potentially expanding to 26.

You can read the original interview here.