We are a membership organisation of National Research and Education Networks (NRENs) in Eastern and Southern Africa.  We collectively seek to facilitate access by the region’s knowledge communities to their and global research and educational resources, and enable and proactively supporting research collaboration for the digital transformation of the higher education and research sectors.

This direction is in direct support of Africa Agenda 2063, specifically Aspiration 1, “A prosperous Africa, based on inclusive growth and sustainable development” and Aspiration 6 “An Africa whose development is people driven, relying on the potential offered by African people, especially its women and youth, and caring for children”

Research and innovation, catalysed through enhanced regional collaboration,  has a strong potential to spur inclusive and sustainable socio-economic development. 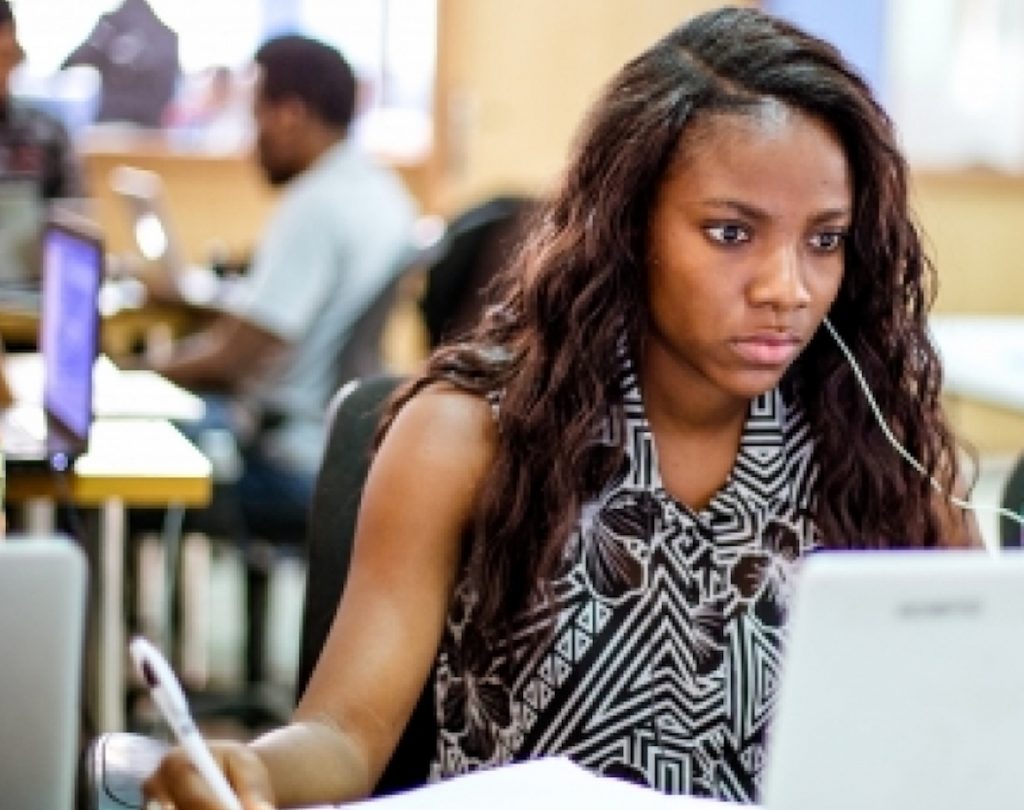 “A vibrant connected and sustainable community of NRENs, enabling and strengthening collaboration and innovation among and between their knowledge communities.”

Prof. Stephen Simukaga - Chair of Board 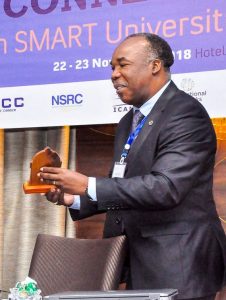 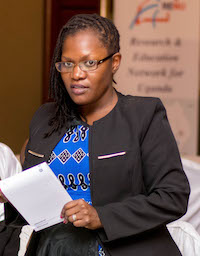 Dr. Sansa-Otim is a resourceful and productive researcher who has been part of the ICT sector for over 20 years. During this period, she has led several research and consultancy initiatives in this field. She is currently a Senior Lecturer at Makerere University College of Computing and Information Sciences and leads the WIMEA lab where Internet of Things research is conducted. She served as Head of Department in the Networks department of the same college 2010 – 2017. Her research team has won research grants from a number of Development agencies resulting into capacity building for a number of partner institutions. In these research efforts she works with colleagues and students from Uganda, Kenya, Tanzania, South Sudan, Rwanda, South Africa, Norway, Sweden and the United Kingdom. She has undertaken multi-disciplinary studies with colleagues from the Health, Meteorology, Agriculture, Engineering and Entomology disciplines.

Julianne obtained her PhD in communication networks from the University of Groningen in the Netherlands, a Master of Science (MSc) degree in Computer Science and Bachelor of Science (BSc) in Computer Science and Mathematics from Makerere University in Uganda. She received certification training as a network professional from the University of Central England. In addition, she served as an external examiner for the University of Rwanda. She is an avid researcher and has published extensively in reputable journals locally and internationally with over 30 peer-reviewed publications. She has also supervised over 20 graduate students.

She served on the UbuntuNet Alliance Board of Trustees as Vice Chairperson from 2019 to 2022 and also serves on RENU’s Board of Directors from 2018 todate. 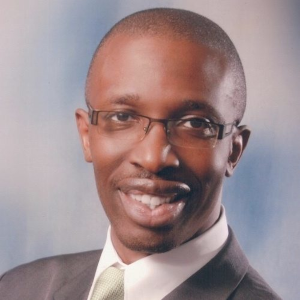 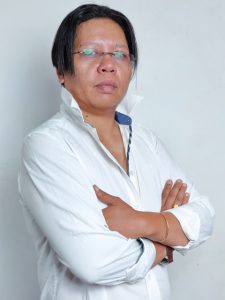 Harinaina has over 15 years of experience in the ICT field. She has been Project Manager of i RENALA, the NREN of Madagascar since 2013. At present, she is doubling as Acting Chairperson of the NREN (since 2020) and representative CEO. She also involved in Madagascar’s Global Internet eXChange (MGIX) since 2016. In 2006, Harinaina co-founded CORE-DEV Engineering SARL, a consulting firm specializing in Engineering, Advice, Studies and Training in the ICT field in Madagascar. She teaches ICT at Higher Institute of Technology in Antananarivo (IST-T) since 2009. 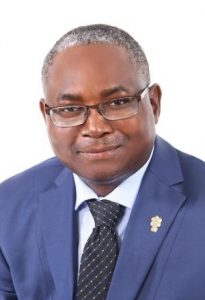 Associate Professor Luke Evuta Mumba’s career spans over 37 years from 1985 to date. He is a career scientist and an academician with impeccable record of publications and qualifications from the University of Zambia (BSc), University of Wales (MSc) and Cambridge University (PhD) with vast experience in implementing education, science, technology and innovation programmes at national and international levels. He is passionate about science-based development, human capital development (in all field of science, technology and innovation), especially promoting the advancement of young scientists, engineers, technicians and women. He is a transformative and innovative leader who has served up to the highest level in Management as Vice Chancellor at the University but also held Senior Management positions at regional and continental levels at the Council for Scientific and Industrial Research (CSIR) in South Africa and at the African Union’s New Partnership for Africa’s Development (NEPAD), respectively.

Prof Mumba is well vested in international cooperation and partnerships, and conversant with the challenges and opportunities in higher education, Science, Technology and Innovation globally, regionally and at national level. I am skilled in programme and project leadership and management for results, administration of grants and institutional budgets and human resources management. Above all, I am a hard-worker, self-motivated, able to work independently but also an effective team player. He posses excellent interpersonal, communication and strategic planning skills with highest professional standards, thriving to deliver programmes and projects that yield multiple benefits to society. He has demonstrated abilities to leverage funds and manage a multiple-thematic area, multiple-disciplinary, multi-country and multicultural teams to achieve set targets collectively. He is a strong believer that networking and partnerships are cornerstones for the growth and development of any organization or institution in the global knowledge economy.

On 1st of July 2016 Professor Mumba assumed the position of Vice Chancellor of Zambia’s leading University, the University of Zambia(UNZA), on a manifesto dubbed, “Transformation of the University of Zambia: Reposition UNZA for the future”. At the time UNZA was ranked number 55 in Africa. Arising from his innovative and visionary leadership, by 2021, the Ranking Web of Universities ranked UNZA at number 18 among the top 200 Universities in Africa. This was a record improvement in UNZA’s rankings.

In recognition of his contributions to research and human capital development in Africa through the NEPAD platform of Networks of Centres of Excellence, in 2013 Professor Mumba was profiled as one of the 10 extraordinary African Professionals in Science in Africa in a publication by the Technical Centre for Agricultural and Rural Cooperation (CTA) and the International Foundation for Science (IFS) entitled: “Agricultural Innovations for Sustainable Development”.

From 2001- to 2004, Prof Mumba was substantive the Dean of the School of Natural Sciences, one of the three largest Schools of the University of Zambia. He initially started as Acting Dean from 1996-2001. From 1995 to 1996 he was the Head of the Department of Biological Sciences. In 1987-1991 he was Assistant Dean for Undergraduate Students in the same School until he left for his PhD studies at University of Cambridge inn 1991. He has previously held dual appointments as an Associate Professor in genetics and biotechnology in the Department of Biological Sciences at UNZA; and an Extraordinary Associate Professorship in the Department of Botany & Zoology of the University of Stellenbosch, South Africa.

He has a PhD in Plant Genetics from University of Cambridge (1994); an MSc in Molecular Genetics from University of Wales (1987), UK; and a BSc in Biology & Chemistry from UNZA (1985). He has trained undergraduate and postgraduate students and has published extensively in local and international journals and contributed book chapters. He is a recipient of several Awards including the Beit Trust Fellowship, the British Council/ODA Fellowship, UNESCO Research Fellowship and the Rodger Gilbert Memorial Award of the University College of Swansea in Wales. He did his post-doctoral research at the Bishop Museum in Honolulu, Hawaii, USA under a UNESCO Fellowship.

His areas of expertise and research include plant breeding, biotechnology & Genetic Engineering, biosafety, Science Technology and Innovation Indicators/Policy and emerging fields such as management of intellectual assets related to plant genetic resources and traditional knowledge. He has contributed to the development of many national, regional and international strategies including the African Union Science, Technology and Innovation Strategy for Africa-2024 (AU STISA-2024), and has participated in various conferences and expert consultation panels on S&T. Prof Mumba is also renowned for having championed dialogue on genetically modified organisms (GMOs) both locally and internationally under the auspices of the Biotechnology Outreach Society of Zambia (BOSZ), a professional organization for which he was the founding Director. Through BOSZ he was invited as keynote speaker to various national and international fora on biotechnology and Biosafety.

He has served on various international boards including, the Technical Advisory Board of the International Centre for Genetic Engineering and Biotechnology (ICGEB); International Scientific Advisory Board of the Southern African Centre for Infectious Disease Surveillance (SACIDS) and the South Africa Malaria Initiative (SAMI); the African Regional Postgraduate Progamme in Insect Science (ARPIS) at the International Centre for Insect Physiology (ICIPE), Kenya.; appointed as Country Coordinator for Zambia by the International Institute for Tropical Agriculture (IITA) for the Project on Improving Rural Livelihoods in Southern Africa in 2004. More recently he has been appointed as a Trustee to the UbuntuNet Alliance, and a Board Member of the Regional Universities Forum for Capacity Building in Agriculture, Science, Technology and Innovation (RUFORUM) and as Chairperson of the Audit Committee in the same organization.

Finally, but not the least, Prof Mumba is an effective communicator, team player, hard worker and he thrives working in multidisciplinary and multicultural teams. He is a strong believer that networking and partnerships are cornerstones for the growth and development of any modern time organization or institution. 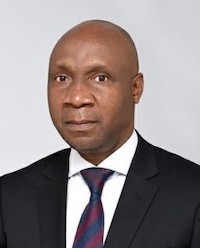 Lourino Alberto Chemane is an Assistant Professor at Eduardo Mondlane University in Mozambique since 2014 working in ICT field where he joined in 1993 as a junior researcher. He has a number of scientific publications in scientific jounarl and international conferences related to ICT. He is the Chairman of the National Institute of Information and Communication Technology (INTIC), the ICT regulator of Mozambique, since 2021. He was the ICT Adviser of the Minister of Science and Technology and Higher Education of Mozambique from 2010 to 2021. He was also the CEO of MoRENet from 2016 to 2021.

He holds a PhD (2011) from the Stockholm University in Computer and Systems Sciences where he conducted studies in building value networks. He holds a Master (1999) in Electronic Engineering from the University of Pretoria, a Master (2007) in eGovernance from EPFL in Switzerland, and a Diploma (2018) in Contemporary Diplomacy with Specialization in Internet Governance from the University of Malta. He has a Diploma and is a member of the first generation of the Emerging African Innovation Leaders Programme by Politecnico di Milano and Politecnico di Torino in 2019.

He is the member of the International Council of IT in Public Administration (ICA) since 2016, a member of the African Technology Studies Network (ATPS) for more than 20 years and has been representing the Government of Mozambique in ICT foruns and meetings of the SADC, African Union, Portuguese Speaking Countries since 2002. 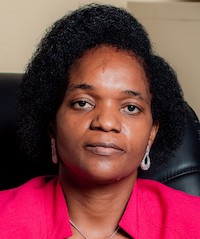 She has served as a visiting scholar at the University of Witwatersrand under the Wits Africa Residency Grant. In addition, she serves as an external examiner for the University of Witwatersrand. She is an avid researcher and has published extensively in reputable journals locally and internationally. She has served on a number of editorial boards such as Association of Mathematical Education in South Africa (AMESA) among others. She has also served as reviewer of reputable journals such as International Commission on Mathematical Instruction (ICMI), Pythagoras, Malawi Journal of Applied Sciences, African journal of Research of Mathematics, Science and Technology Education (ARJMSTE) and Southern Africa Mathematical Sciences Association (SAMSA).

Musa holds a BSc. Electrical Engineering from Makerere University and a 2010 MBA graduate from ESAMI. Most recently, in 2021 he completed an Executive Leadership course, the CEO Apprenticeship Program at Strathmore Business School and CEO Summit Uganda.

His career in the ICT/Telecoms space spans over 20 years across 4 organizations including Celtel, MTN Uganda, Warid and Google/CSquared working in the fields of network/product design, deployment, operations/maintenance, project management, technology roadmaps, spectrum management and regulatory compliance.

Musa is a Chartered Engineer CEng of the Engineering Council of UK. A member of the Institution of Engineering & Technology IET MIET in the UK. He is a Registered Engineer with the Engineers’ Registration Board of Uganda REng, a member of the Uganda Institution of Professional Engineers MUIPE and a certified Project Management Professional PMP ® with the PMI. 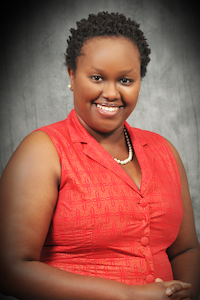 Ms. Dorcas Muthoni is an entrepreneur, computer scientist and founder of OpenBusiness Africa. She started her software at the age of 24. She is greatly passionate about the transformation of African enterprises through technology. Muthoni is also the founder of the regional organization AfChix, a mentorship and capacity building initiative for women in computing across Africa. Globally, she has been involved and honored in technology leadership by the Internet Society (ISOC) as an Internet Hall Of Fame Global Connector, World Economic Forum (WEF) as a Young Global Leader (YGL), AnitaB Institute as a Change Agent Award Winner and the Pompeu Fabra University (UPF) in Spain. 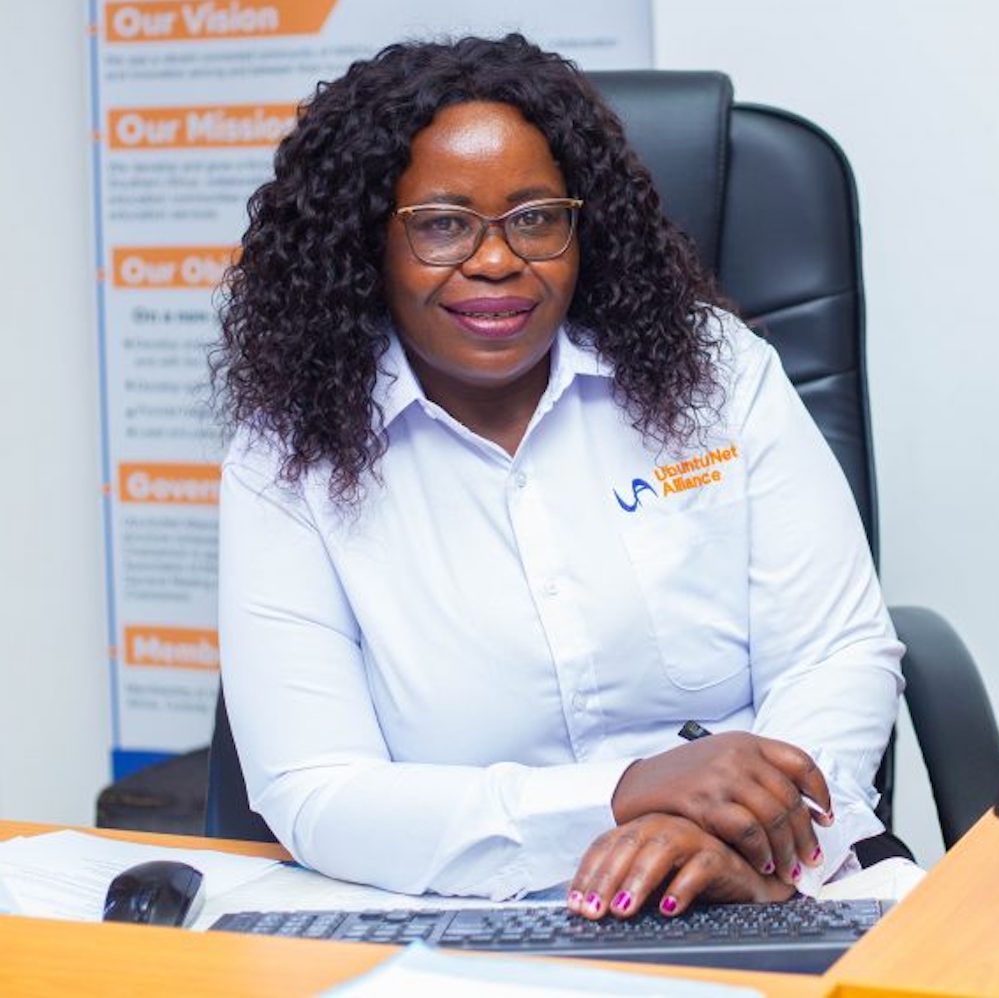 For More Information or Assistance on Administrative Affairs Contact: