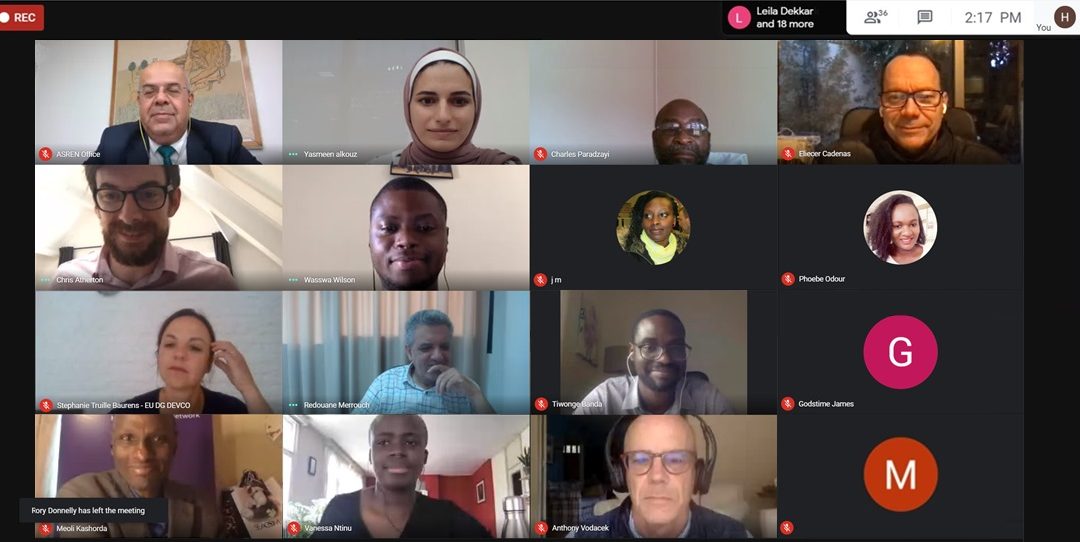 The AfriGEO initiative, developed within the GEO framework, works on supporting decision making through the provision of coordinated, comprehensive and sustained information by among other areas, linking earth observation resources worldwide across multiple Societal Benefit Areas like biodiversity, disaster resilience and water resources management.

And while the obtaining of such information which comes in heavy data sets requires robust connectivity, AfriGEO sites have been facing a major setback due to challenges brought by unreliable and high cost internet connectivity in their sites.

To address this gap, the AfricaConnect3 project, whose agreement between the European Commission, the funding entity and the three African Regional Research and Education Networks was signed in November 2019 included AfriGEO sites as strategic partners that should benefit from the project.

To kick start the initiative, the three Regional RENs, in collaboration with GEANT and the EU held an online collaborative workshop on 19th August 2020 where stakeholders were unanimous in emphasizing the importance of connecting AfriGEO sites to National Research and Education Networks under the AfricaConnect3 Project.

Speaking during the webinar, which was attended by the EU DEVCO representative Stephanie Traulle-Baurens, Phoebe Odour from the AfriGEO Secretariat at the Regional Centre for Mapping of Resources for Development (RCMRD) in Nairobi, Kenya, admitted that AfriGEO centers are being affected by poor connectivity and that the community believes that the AfriConnect3 project will go a long way in solving these problems.

“An assessment done by the International Monetary Fund reveals that many countries in Africa still have connectivity issues especially in the least developed countries. This means that our working groups in those countries are not spared. It is therefore our hope that AfricaConnect3 will address issues of high data cost and lack of infrastructure for internet access,” said Odour.

Speaking on behalf of the three African regional Research and Education Networks, ASREN CEO, Yousef Torman encouraged members of the AfriGEO community to accelerate collaboration with NRENs in their respective countries to benefit from high speed and affordable connectivity as well as other valued added services such as eduroam under the AfricaConnect3 project.

“The AfricaConnect3 has a dedicated package for collaboration with the AfriGEO community and it is the wish of the three regional networks to ensure that this collaboration opportunity is exploited and that all AfriGEO sites in Africa have the required connectivity to enable them play their roles in facilitating socio-economic development on the continent,” said Torman.