Planning for greater connectivity in an eLearning era 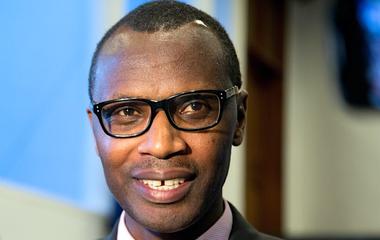 In an age of e-learning, access to a reliable and stable internet connection remains an ongoing challenge at the University of Rwanda, the country’s only public university, made up of nine campuses and 30,000 students. University World News spoke to a member of management to find out how the university is coping with current demand and how it plans to improve its connectivity in the long term.

“The internet is not enough at all. It is always on and off and we find it hard to carry out online studies. Besides, we need internet to complement what lecturers teach us and to do research,” said Bahati from the Huye campus.

Preferring not to be named, a lecturer based on the Nyarugenge campus, told University World News that not having enough internet affects the quality of students’ work.

“Whenever they submit shoddy work, they attribute it to poor internet connectivity and, in reality, one cannot rule it out,” he said.

In an interview with University World News, Dr Papias Malimba Musafiri, deputy vice-chancellor in charge of strategic planning and administration at the University of Rwanda and former minister of education, confirmed that the university’s management understood the value of and need for the internet in higher education.

“Just as we used to ask every student to have a pen, exercise book and textbook, nowadays we are advancing digital education and internet connectivity and internet services are equally very important,” he said.

He said more than 60% of teaching material is available online with 40% still offered traditionally, including courses that require hands-on skills.

“Our trend is to decrease the investment in print materials and increase investment in digital materials, so we subscribe to different e-learning resources in our libraries and we are sensitising our staff and students to make use of them.”

He said all modules taught at the university are uploaded online and all the academic staff are required to upload teaching material so that students can access materials while in and out of class. Assignments can be given online and returned online, he said.

According to the Rwanda Utilities Regulatory Authority, the internet penetration rate in Rwanda increased to 52.1% at the end of 2018 from 7.9% in 2010. In addition, 92% of the country is covered by 3G network, while 96.6% is able to access 4G LTE coverage. (Internet penetration rate corresponds to the percentage of the total population of a given country or region that uses the internet while coverage relates to the available network coverage.)

Against this backdrop, Musafiri admitted there was a problem with the university’s internet capacity, particularly on the larger and growing campuses of Huye in the south and Nyagatare and Rukara in the east province.

“The bandwidth capacity is not sufficient if you compare it with the student populations,” said Musafiri.

According to Musafiri, the university currently has 326 MB bandwidth per second capacity distributed over 13 different sites. To satisfy current end-user demand, the university needs three times the current capacity.

It is also very expensive. The University of Rwanda currently spends more than 20% of its budget on the internet and related infrastructure.

To cope with demand that exceeds supply, in the past the university prioritised its core business of teaching, learning and research and instituted a policy whereby bandwidth was more readily available from 8am to 5pm. For one hour between noon and 1pm, the internet was only accessible in computer laboratories, offices and in libraries, with restrictions on social media use.

More recently, the university has dedicated 60% of its bandwidth capacity to the wired internet (local area network) and the remaining 40% to wireless internet (Wi-Fi) to ensure there is internet availability for core teaching and learning and for the general use, according to Musafiri.

While this does not solve the problem entirely, Musafiri said it eases some of the outcry because the students are able to access the internet.

Another strategy has been to increase the number of access points on bigger campuses such as Huye where points have been increased from four to 26 to ensure access in canteens and hostels. Musafiri said this strategy would be rolled out on other growing campuses such as Nyagatare and Rukara.

A third strategy has been extending the opening hours of computer labs to 10pm so that students who struggle to access Wi-Fi can visit a nearby computer lab and access the local area network.

“We encourage people to come late in the evening when they have a low number of users and you will have excellent internet access to do your research,” he said.

Musafiri conceded that the above-mentioned strategies were short-term solutions and that greater capacity is needed.

According to the ICT policy masterplan 2017-18 and 2020-21, bandwidth will be increased to 1GB bandwidth per second, a three-fold increase.

He said the university was planning to join other higher learning and research institutions and centres to purchase internet from UbuntuNet Alliance (the regional research and education networking organisation for Eastern and Southern Africa) at subsided rates.

Discussions are being spearheaded by the Ministry of Education and bring together all higher learning institutions, both public and private, and research-based institutions and centres. The aim is for all institutions to be on the same dedicated network called Rednet (Rwandan Education and Research Network), an initiative supported by the UbuntuNet Alliance.

“If we can put ourselves together and buy this international bandwidth capacity through UbuntuNet Alliance and have it distributed using a dedicated network for research and education, it will increase the amount of bandwidth and the cost (US$1.50 per MB per second) will be reduced by more than 90%,” he said.

“I think this [UbuntuNet Alliance network] will be the long-term solution for providing abundant internet service to support digital education, not only for the University of Rwanda but for education in the country,” he said.

Although he expressed his optimism that the new deal would come to fruition some time in the future, in the shorter term the university is in discussions with Broadband System Corporation in collaboration with the Rwanda Information Society Authority to increase bandwidth in other ways.

“We want to increase the virtual private network capacity because even if we buy more bandwidth without increasing the pipes which transport them to our different campuses, it won’t help. We are ready to raise our investment to increase bandwidth to 600MB per second before the end of the financial year that ends in June,” he said.

“I think when we double the current capacity from 326MB per second to 600MB per second distributed in all our campuses, we shall have solved the problem to some extent.”