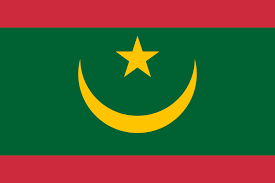 Mauritania, the country with the world’s most expensive internet costs, is the seventh African Arab country to establish a National Research and Education Network (NREN) to promote internet access to global educational resources and facilitate interaction among universities and research institutions at national and regional levels.

The NREN, which will be linked to European networks, was announced by Mauritanian Minister of Higher Education and Scientific Research Sidi Ould Salem at a sub-regional workshop held under the theme “National Academies of Science of the Least Developed Countries to support the 2030 Agenda” in Nouakchott, Mauritania on 25 September, according to the Mauritania News Agency.

According to Yousef Torman, managing director of the Arab States Research and Education Network (ASREN), a national research and education network in Mauritania will “facilitate and enable researchers, academics and students to extend their work at the continental level through sharing their own resources with others and to access others’ resources.

Despite the envisaged advantages of the network, concerns have been raised about the country’s current internet capacity and costs.

Hilmi Salem, research professor and higher education expert, described the NREN as a “good step forward on the rocky road towards supporting the needs of the research and education communities in Mauritania”, but said there were concerns around the price of internet connectivity, speed and penetration.

His concerns are borne out by statistics which show that out of a Mauritanian population of about 4.7 million (4,661,149), only 969,519 have access to the internet. In addition, Mauritania is ranked by Cable at 204 out of 207 countries when it comes to internet speed. The country also has the most expensive internet in the world.

Torman confirmed the situation, saying: “The main challenges that face establishing NRENs and having them connected to the other NRENs include telecommunication pricing which is a result of monopoly and unregulated telecom markets in Africa.”

According to Ane Turner Johnson, associate professor of educational leadership at US-based Rowan University, research and education networks enable universities to pool limited resources to purchase commodity internet more cheaply than on their own.

“This is a huge win for universities, specifically enabling teachers and researchers to leverage the internet for education, innovation, research, and development in the country,” she told University World News.

Johnson, who is a researcher of higher education with a focus on conflict, gender, networks and governance in Africa, said the network should focus on “creating close relationships between the member institutions, so that they may learn from each other how to employ their new resources for the best effect”.

She said the new network and its member institutions should also consider how to support research efforts that create contextualised solutions to national development challenges.

However, there appear to be a number of other opportunities for NRENs.

“More initiatives are taking place at the continental level and every country in Africa should join these projects and activities that can benefit from using NRENs,” Torman said. These include the African Open Science Platform and the Global Monitoring for Environment and Security (GMES) and Africa initiative.

“ASREN is also working very closely with the other African regional research and education networks (WACREN and UbuntuNet Alliance) to establish a pan-African cloud service and other collaboration services under the AfricaConnect3 Project which spans four years,” Torman said.