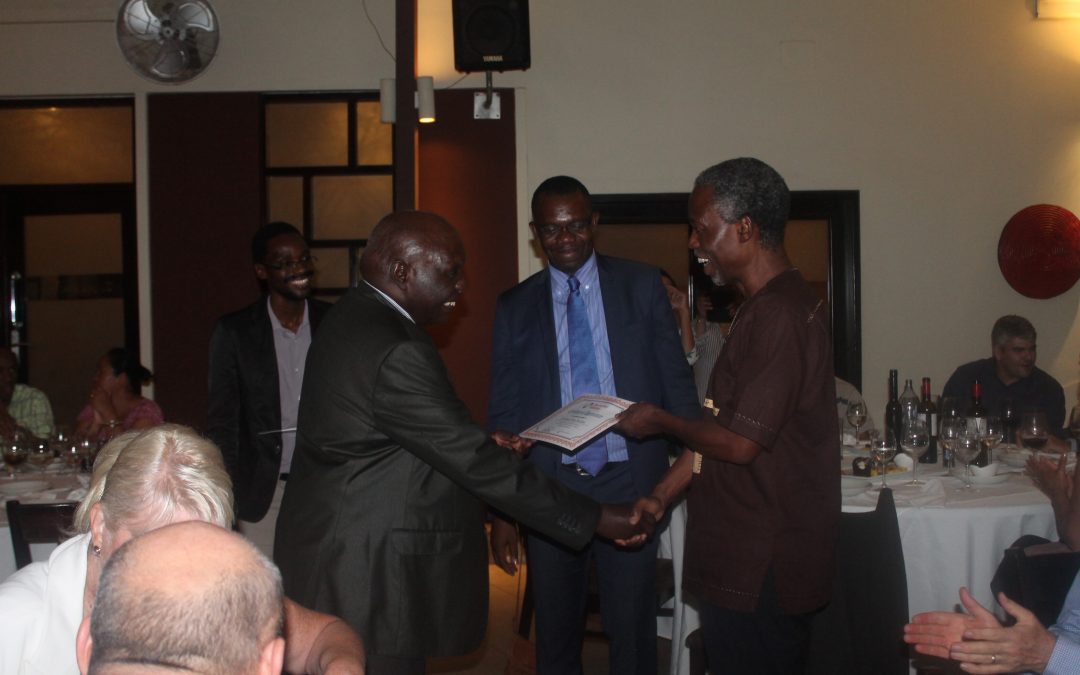 Eng. Dr. Tusu, who was the first full time CEO of the Alliance and served consecutive four year terms from 2008 to 2014, will lead the organisation for a maximum of six months pending the appointment of a new full time CEO by a search committee which has already been commissioned by the Board of Trustees.

Among other things, “Tusu” as he likes to be called, will oversee the successful completion of the European Union co-funded AfricaConnect2 project which is expected to come to an end in May this year. He will also lead the preparations for the upcoming AfricaConnect3, which are ongoing.

Reacting to the leadership change, NREN CEOs have expressed gratitude to the outgoing CEO, Dr. Pascal Hoba who led the Alliance in the rolling out of the AfricaConnect2 project which saw the number of connected NRENs rise to 11 from the 6 that were connected in the predecessor project, AfricaConnect.

Dr. Magreth Mushi, CEO of the Tanzania Education and Research Network (TERNET), has commended Dr. Hoba for his support to emerging NRENs such as TERNET which she says was instrumental in getting TERNET to the level it currently is.

“I had the privilege of working with Dr. Hoba from April 2017 when I was appointed CEO of TERNET. I was impressed with his commitment and ambition in supporting emerging NRENs such as TERNET. During his term UbuntuNet Alliance has been instrumental and very supportive in building capacity of TERNET engineers and providing the foundation needed for connecting our members. If it was not for that support, TERNET would not have been able to accomplish what we have accomplished in less than two years. On behalf of all of us at TERNET, I wish Dr. Hoba the very best in his next chapter,” said Dr. Mushi.

“With the arrival of Dr. Tusubira, we are looking for even more success as UA community. Dr. Tusubira has vast wealth of experience that the community will benefit from and we sincerely look forward to working with him as we warmly welcome him back to the community,” added Dr. Mushi.

Echoing Dr. Mushi’s remarks, SomaliREN CEO, Abdullahi Bihi Hussein said: “Dr. Hoba has been very supportive to SomaliREN, and has put a lot of effort in addressing issues related to connecting SomaliREN to the UbuntuNet network. On behalf of SomaliREN and myself, I take this opportunity to thank him for his service to the African research and education community. I am also very pleased that the leadership of the Alliance is now in the capable and experienced hands of Dr. Tusubira whom I believe will chart a new course towards a new vision that reflects the changed landscape of research and education realm, “said Hussein.