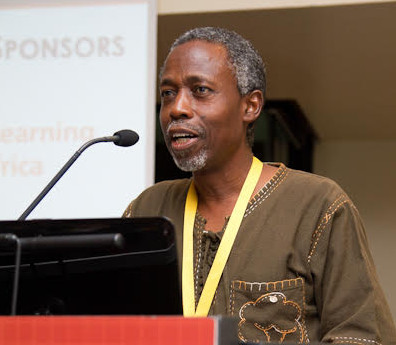 Eng.Dr. Tusubira succeeds Dr. Pascal Hoba who has left the Alliance following the end of his four-year contract on 31st December 2018 having led the organisation since January 2015.

Eng. Dr Tusubira, who previously served as CEO of UbuntuNet Alliance between 2007 and 2015, will hold the position in an interim capacity for a maximum period of 6 months, while a Search Committee runs the process of recruiting a full-time CEO.

The Interim CEO, holds a PhD (Southampton, UK), an M.Sc.E (New Brunswick, Canada), and a B.Sc. (Engineering) 1st Class Hons (Makerere University, Uganda). He is a Fellow of the Uganda Institution of Professional Engineers and a Registered Engineer in Uganda; and a Member of Institution of Engineering and Technology, and Chartered Engineer, UK.

Following the appointment, UbuntuNet Alliance would like to express its gratitude to the outgoing CEO, Dr. Pascal Hoba for leading the organisation during his tenure, especially for achieving success under the AfricaConnect2 Project. UbuntuNet Alliance would like to wish Dr. Hoba personal good health and continued success in his future endeavours and also wish Eng. Dr. Tusubira great success in leading the organisation between now and the time a full-time CEO will be announced.

About UbuntuNet Alliance
UbuntuNet Alliance is the regional Research and Education Networking organisation for Eastern and Southern Africa. It plans, builds and operates UbuntuNet, the regional high-speed internet network dedicated to research and education in Eastern and Southern Africa. The Alliance also promotes and supports the integration of advanced ICT services and tools in research, teaching and learning, taking advantage of the opportunities that come with the Internet.

The Alliance was established in the latter half of 2005 by five established and emerging National Research and Education Networks (NRENs), namely MAREN (Malawi), MoRENet, (Mozambique), KENET (Kenya), RwEdNet (Rwanda) and TENET (South Africa). The Membership region of the Alliance spans across Eastern and Southern Africa, covering 26 countries. Currently, 16 countries have joined the Alliance and are at different stages of development. The Alliance is incorporated as a Trust in Malawi and has its secretariat in Lilongwe, Malawi.