Malaria drug could cut women’s risk of other infections* 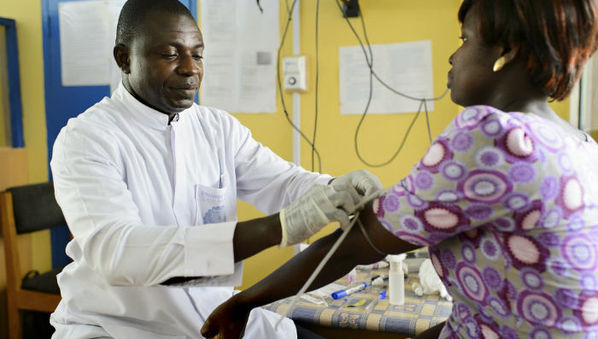 Results of the study by researchers at the London School of Hygiene and Tropical Medicine found that sulfadoxine-pyrimethamine, a medicine recommended during antenatal care visit for intermittent preventive treatment (IPTp) of malaria in pregnant women in malaria-endemic areas could cut the risk of getting STIs such as gonorrhoea, chlamydia, trichomoniasis, and bacterial vaginosis.

According to LSHTM researchers, about 880,000 stillbirths and 1.2 million newborn deaths occur each year in Sub-Saharan Africa. Experts say malaria and STIs increase risk of miscarriage.

The study, published in Clinical Infectious Diseases last month (2 March), was conducted between November 2013 and April 2014 in Nchelenge District of Zambia.

The researchers also found that women who received two or more IPTp-SP doses compared to zero to one dose had their risk of experiencing stillbirth, low birthweight, preterm delivery or intrauterine growth retardation cut by 45 per cent.
The research lead author, Matthew Chico, associate professor at the UK-based London School of Hygiene and Tropical Medicine, says they sought primarily to estimate the prevalence of co-infection of malaria infection and curable STIs or reproductive tract infections among 1,086 pregnant women who attend antenatal care in rural Zambia.

Chico adds that the study seeks to fill the data gap, as none hitherto existed on the prevalence of co-infection.

“We hope this evidence will support efforts by programme managers and policymakers to scale up the coverage of IPTp-SP,” Chico told SciDev.Net.

Oladoyin Odubanjo, executive secretary, Nigerian Academy of Science (NAS) and chair of the Lagos Chapter of Association of Public Health Physicians of Nigeria, says, “The study only serves to give us additional evidence to what was already thought to be so.”

This article appeared on SciDev.Net. Read the original version.