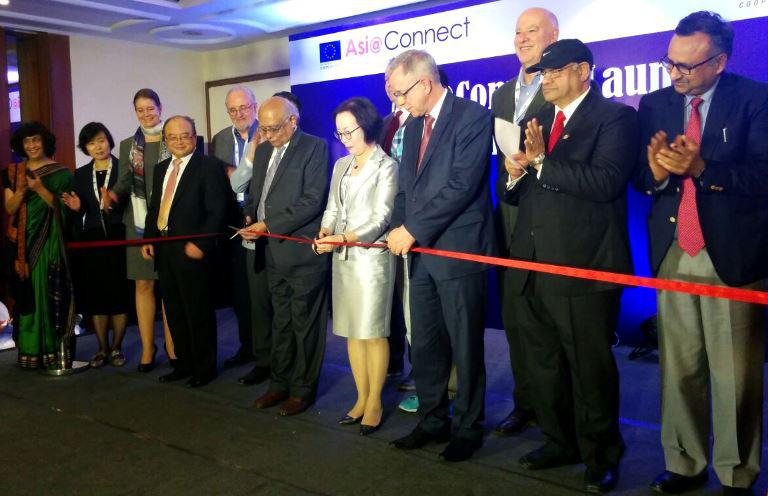 New Delhi, Feb 14 (UNI) Over 55 million researchers, academics and students across the Asia-Pacific, including India, will benefit from a new phase of dedicated research and education (R&E) networking – Asi@connect – which was inaugurated at the Asia Pacific Advanced Network 43 (APAN43) meeting here.

During the launch ceremony, which was hosted by the Indian Asi@Connect partner NKN (National Knowledge Network), delegations from the European Union, the Korean Government and the Indian Government welcomed the kick-off of Asi@Connect and encouraged the R&E network community to build on achievements to date and further strengthen cooperation between Asia and Europe.

Talking about the significance of the project, Ambassador of the European Union to India Tomasz Kozlowski said, “The EU has long recognised the potential of promoting people-to-people connectivity. AsiaConnect is an excellent example of regional integration, with the R&E communities of 21 Asia-Pacific countries inter-connected by powerful high-capacity, high quality Internet links. This project will be a vehicle for promoting a peaceful, secure, open and cooperative ICT environment between Asia and Europe, and in turn benefit society as a whole.”

“There are unlimited fields of world-class research which can profit from the powerful links we have created together. Sharing data and working together on astronomy, meteorology, climate change monitoring, or early warning in case of natural disasters are just a few examples,” he added.

President of TEIN*CC Dr Hye-Joo Yoon said, “Building on the considerable achievements of the predecessor phases, Asi@Connect will enable the connection of more countries at higher speeds, roll out advanced network services and contribute to achieving development goals through improved access to education and research resources, thus bridging the digital divide in the region.”

With a substantial five-year EU co-funding commitment of Euro 20 mn until 2021, Asi@Connect is designed to support the countries across the region to develop and deploy new network services, facilitate human capacity building and knowledge exchange, extend the R&E footprint to connect additional Asia-Pacific countries among others.