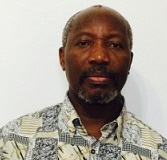 The government of Mozambique through the Ministry of Science and Technology, Higher Education and Vocational Training is expected to soon appoint a new Executive Director for the Mozambique Research and Education Network (MoRENet) to replace Eng. Salvador Adriano.

Eng. Adriano, who has served as MoRENet Executive Director  for just over a year having joined from The Telecom Business in November 2014, is now the new CEO for Internet Solutions Mozambique.

Breaking this news to NUANCE, Eng. Adriano expressed gratitude to the UbuntuNet Alliance community for the support and cooperation which he says contributed immensely to the growth of MoRENet during his time as the NREN’s CEO.

“During my time as CEO, the number of institutions connected to the MoRENet network increased from 12 to 19 and we have by now, 34 pending additional connections ready to integrate on MoRENet network, which will bring the total number of connections in the capital Maputo to 53 while 30 connections expected to come live by October this year are underway in the remaining 9 provinces of Mozambique,” said Eng. Adriano.

The Out-going Executive Director also cited the Wi-Fi connection project targeting 16 universities which has seen 10 institutions already connected as one of the successful projects which his team carried out during his spell.

Responding to Eng. Adriano’s stepping down, UbuntuNet Alliance CEO Dr. Pascal Hoba commended Eng. Adriano, who will still be involved in the organisation of UbuntuNet-Connect 2015, for his dedication in lifting MoRENet.

MoRENet was established by the Mozambique Ministry of Science and Technology in 2005 and is one of the founding members of the UbuntuNet Alliance for Research and Education Networking.