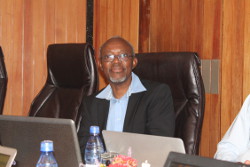 At least 25 network engineers from 22 member institutions of the Research and Education Network for Uganda (RENU) are expected to participate in a one-week wireless networking training workshop expected to take place in the country in September 2015.

The September workshop, which will be followed by a Direct Engineering Assistance (DEA) exercise on 19 to 22 September, will be held under the theme: “Wireless Networking and Network Monitoring.”

Speaking to NUANCE ahead of the workshop, RENU CEO, Isaac Kasana said facilitators of the workshop are expected to come from NSRC, RENU, KENET, and the University of Ghana adding that the skills the participants will acquire will help in improving wireless networking in Uganda.

“This workshop is important as it will raise the quality of wireless skills for member institutions since most institutions have wireless access which is not well planned and implemented. Secondly, the level of network monitoring is still inadequate and is a potential source of security breaches,” says Kasana.

Mr. Kasana informed that RENU is currently setting up a permanent training base at its offices which will accommodate up to 25 trainees and 7 facilitators as part of the network’s plans to sustain the capacity building programme.

“To work towards long term sustainability of the capacity building programme, RENU is equipping a training facility that can host up to 25 trainees and 7 instructors at its new office location. In the second phase of equipping its new location, a data centre will be established to meet members’ content-hosting needs and also cater for RENU-hosted training content.”

The UbuntuNet Alliance capacity building programme started in 2011 and has reached out to 500 engineers so far. Initially, engineers from across the region were being trained at the UbuntuNet-Connect conferences only, but this approach has been expanded to include Training of Trainers who train their peers in their countries.