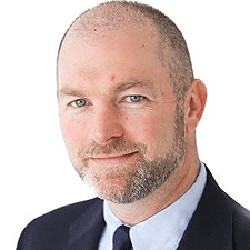 The announcement, which was made on August 17, 2015, follows the restructuring of the operations of the organisation which saw DANTE Ltd and TERENA joining forces to become GÉANT Association on 7 October 2014.

A statement from GÉANT said Steve Cotter, who will assume office in November this year, has been appointed to complete the restructuring of the organisation and take on the challenges of a rapidly changing global science environment.

“GÉANTneeded a CEO with a global perspective on research and education networking, coupled with strong leadership and vision, to complete the restructuring process and take us into the next phase. Steve brings an understanding of the NREN environment and substantial experience in change management. He is already very well-known and respected by the GÉANT community and staff, in his capacity as chair of the GÉANT External Advisory Committee, speaker at our annual TNC conference, and participant in the Global R&E Network CEO Forum.”

Formerly Department Head of ESnet, Steve has previously worked for technology companies in Europe and the US including Google, Internet2 and Cisco.

He will take over from Bob Day, Executive Director of JANET (the UK’s NREN) and former Chair of DANTE who took on an interim CEO role to allow the restructuring of GÉANT to proceed whilst a permanent CEO was sought.

GÉANT has 41 member countries and is owned by its core NREN membership, and also has Associate members including commercial organisations and multi-national research infrastructures and projects.

The Board of Trustees, the Chief Executive Officer and the entire UbuntuNet Alliance Community congratulate Steve Cotter on his appointment and wishes him and GÉANT success.