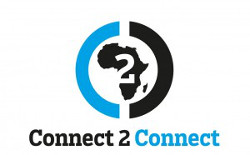 The past two months of June and July 2015 were busy ones for UbuntuNet Alliance CEO; Dr. Pascal Hoba represented the Alliance at a number of important research and education networking forums.

First on this busy schedule was the AfREN meeting that was held on June 1 in Tunis, Tunisia coordinated by UbuntuNet Alliance, WACREN and ASREN with the aim of tracking the progress Africa’s Research and Education Networks are making.

The meeting, which drew participation of over 48 participants from 22 countries, solicited several helpful contributions from Regional Research and Education Networks who shared notes on activities, challenges and progress happening in their respective regions as well as pledged to work together in implementing and promoting research and education networking on the continent.

From Tunis, another stop for the CEO was in Munich, Germany, the venue for the Sixth Global Research and Education Network CEO Forum meeting held from 15-17 July 2015. The UbuntuNet Alliance CEO was attending the forum’s meeting for the first time since his appointment as CEO for the Alliance earlier this year.

During the meeting, the CEOs agreed to identify potential future collaborative initiatives between R&E networking organisations in areas such as storage, security, big data, collaboration and workflow. The forum also accepted a proposal from the Global PR Network to coordinate messaging on the value and role of R&E networks.

From Munich, another mission for the CEO was in Nairobi, Kenya where he met Dr. Berhanu Abegaz, the Executive Director of The African Academy of Sciences on July 21 where the two discussed prospects of synergies between the two organizations before the CEO proceeded to Dar es Salaam in Tanzania on 27 July to attend the Connect2Connet conference where he delivered a key note address and also presented a session dedicated to the UbuntuNet Alliance to over 300 delegates.

Interestingly, fruits of the CEOs participation at the Connect2Connect conference seem to have already started showing as the CEO revealed to NUANCE that he held encouraging deliberations with officials from the Malawi government who showed great interesting in having MAREN, the country’s NREN, connected to the UbuntuNet regional backbone.