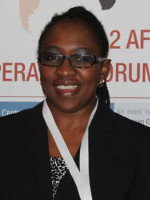 Efforts being made by governments and Regional Research and Education Networks such as the UbuntuNet Alliance, WACREN and ASREN in trying to improve Internet connectivity in Africa seem to be paying off following revelations that Internet penetration levels are on the rise in the continent.

This is according to a report released in May 2015 and presented at the African Internet Summit 2015 in Tunis at the beginning of June by the Internet Society titled “Internet development and Internet governance in Africa.”

The report, which has been co-authored by Towela Nyirenda-Jere and Tesfaye Biru however, states that Internet costs for mean users in the continent remain considerably high with users paying 30 or 40 times more for Internet access than their counterparts in developed countries.

According to the report, Internet penetration levels in Africa moved to about 20 percent as of 2014, from 0.78 percent in 2001 with mobile broadband access accounting for more than 90 percent of Internet subscriptions.

The 44-page document also says that while the continent continues to lag behind the rests of the world in terms of penetration rates, the continent is slowly bridging the gap following revelations that from 2005 to 2014, the penetration gap between Europe and Africa has been reduced from almost 19 to only 3 times higher.

Despite these achievements, the report indicates that the penetration levels among countries in the continent still vary widely with countries such as Morocco enjoying penetration rates of over 50 percent with a majority others recording rates as low as 2 percent which is a far cry from the recommended 20 percent rate for economic production.