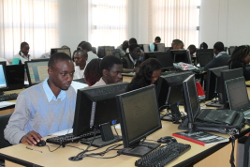 The Malawi governments’ 2015/2016 national budget which was passed by the country’s national assembly on June 25, 2015 and came into effect on July 1, 2015 brought with it an unpleasant surprise to research and education institutions in the country; a 10 percent tax on internet data and mobile phone text messages for end users.

The development, which has attracted a backlash from several quarters including Civil Society Organisations (SCOs) and telecommunication practitioners, comes at a time when governments across the global world and organisations such as UbuntuNet Alliance are concentrating their efforts in making Internet services not only highly accessible but also affordable to research and education communities so that they effectively contribute to national development.

The increased Internet tax in Malawi has therefore come as a huge setback to research and education communities in the country where the Internet connectivity is not only slow but also comes at a very high cost for members of the Malawi Research and Education Network (MAREN) that, on average, were paying USD 780 Mb/s per month before the implementation of the new tariffs.

It is however hoped that with the costs of the Internet services adjusted upwards even further following the imposition of the 10 percent tax on data, the MAREN will fast track its connectivity to the UbuntuNet regional backbone, a development which will not only significantly reduce the NREN’s bandwidth cost but also massively increase the current aggregate MAREN institutions bandwidth of 48 Mb/s to a minimum of at least 155 Mb/s (STM-1).