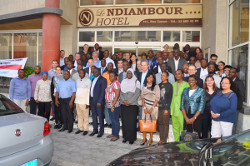 Research and Education institutions, researchers, academics and students are being called on to sign the petition whose signatories, by virtue of signing, agree to promote open access to publications or data and full reproducibility and re-usability of scientific results on the continent.

To ensure that the petition is easily accessible and available to as many people as possible, the Sci-GaIA consortium has uploaded the petition online and individuals can sign simply by filling in the box on the right and confirming their signature by clicking on the link they will receive in their mailbox.

Universities and other interested organizations can also sign the petition by copying and pasting the text of the declaration on a headed paper and sending the signed declaration to info@sci-gaia.eu.