Fast and efficient; appreciating European research networks through the 2014 Compendium of NRENs 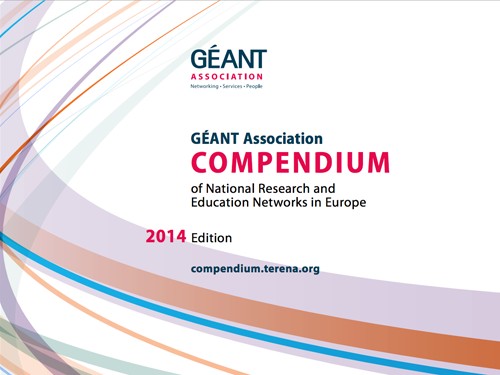 Research and Education networks in Europe are getting bigger, better and faster, shows the findings of the recently published 2014 GEANT Association Compendium of European NRENs produced by the GÉANT Association.

Among some of the enviable trends, the Compendium records that  National Research and Education Networks (NRENs) in Europe have increased the capacity  of national backbone networks  and international connectivity  to an exceptional range of  between 10 Gb/s to a super-sonic capacity in hundreds of gigabit per second without any reported congestion. Now that is computing at the speed of light!

European tech giant, Germany is already planning to upgrade to Terabit capacity! But it is not just speed that is progressing in Europe as service delivery has also registered tremendous efficiency.  This is conveniently tricking down to other world regions through the collaborations with other Regional RENs like the UbuntuNet Alliance in eastern and Southern Africa.

“Over the past year, eduroam [the secure, world-wide roaming access service developed for the international research and education community] has also shown remarkable growth. It is now available not only in all GÉANT countries but also in a growing number of other countries and territories. The number of locations with eduroam availability grew by 25% and the number of authentications more than tripled between January 2013 and January 2014; by September 2014, it was approaching 150 million per month,” reads the TERENA Website.

What with most IT services being provided over the Internet or cloud, Europe is on top with steadily growing cloud services as Karl Meyer of GÉANT Association explains in an interview with NUANCE.

“We are seeing a realisation amongst both NRENs and R&E institutions that Cloud Services (both internally developed and provided by third parties) offer the community significant advantages in terms of support, scalability and cost. This realisation is now translating into increased provision and take-up of cloud services and this will accelerate as costs decrease and capabilities increase. GÉANT is actively working to ensure that NRENs and the wider R&E community are well positioned to take advantage of cloud services.”

Cloud services are widely recognised for increasing choice of IT services while providing utmost ease. The GÉANT Association Compendium of European NRENs production is overseen by an international review panel and staff at the GÉANT Association Amsterdam office (formerly TERENA) click here for more