UbuntuNet Alliance has new composition of members of the Board of Trustees, Prof Hellicy Nga’mbi appointed Acting Chairperson 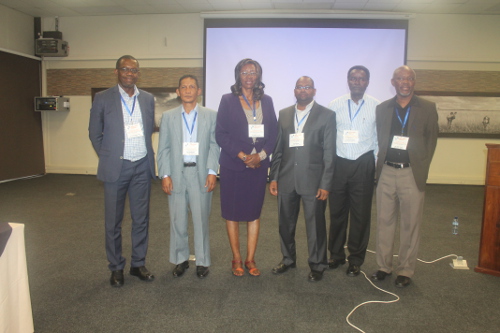 At its 11th Annual General Meeting of Members (AGM) held on 21st April 2017 in Livingstone, Zambia, Members of UbuntuNet Alliance elected a new Board of Trustees of the Alliance for a two year term.

Representatives of Member NRENs at the AGM constituted the new Board of Trustees by electing candidates whose nominations were submitted earlier by NREN Members following the empending expiry of term of office for the Board of Trustees constituted at the 9th Annual General Meeting of Members held on 27th March 2015 in Lilongwe, Malawi.

They join Professor Hellicy Ng’ambi, Vice Chancellor of Mulungushi University in Zambia; Professor Raft Razafindrakoto, ICT Director at the University of Antananarivo and Professor Dibungi Kalenda, Congolese National Research and Education Network (Eb@le) CEO, who returned their seats on the Board having also served in the previous board.

The post of Chairperson of the Alliance fell vacant after Professor John Ssebuwufu’s 3 year term of office finished on 31st October 2016.

“UbuntuNet Alliance is looking forward to work with the new composition of the Board of Trustees. All the Trustees all well qualified and bring with them vast experience in the field of research and education networking which is very critical for the growth and sustainability of the Alliance. I would like to congratulate those that have managed to return their seats on the Board. Their prior knowledge of the Alliance will blend well with the fresh ideas of the new entrants. I would also like to sincere thank the outgoing members for their contributions and efforts in ensuring that the Alliance remains successful during their term. We surely are going to miss their frequent contributions but since we remain a family we know that they will always be available for us should we at any point require their guidance and expertise.”