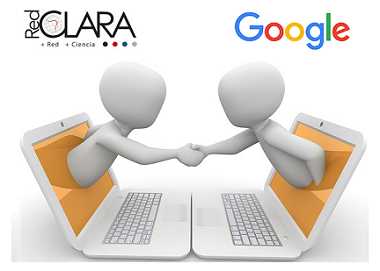 The Regional Research and Education Network (RREN) for Latin America, RedCLARA has achieved another great milestone after it announced that it is now peering with Google effective March 1, 2017.

The announcement made on the RRENs website means that connected NREN members and Entrepreneurial Associates can benefit from the service, bringing benefits to academics and researchers throughout the region.

RedCLARA’s Google peering consists of a 10Gbps data connection established in São Paulo through CLARA backbone, which allows members of academic networks to get faster access to Google content since they are no longer dependent on the commercial network. All the public services are included, such as the search engine, Gmail, Youtube and the business suite.

The agreement was devised in 2016 and became real at the end of February with the aforementioned interconnection. According to the Technical Manager of RedCLARA, Gustavo García, the use of the services will be transparent to the users of the academic networks, “that will not have to change their configurations”.

“The result will be greater speed and capacity of access to services, optimization of the academic broadband use of institutions and the improvement of income, since it will avoid the use of congested commercial internet connection,” he said.

The agreement with Google is the second of the type signed by RedCLARA, which already has a similar peering with Microsoft.

This article first appeared on the RedCLARA website. Read the original version.