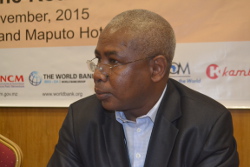 Hot on the heels of signing the AfricaConnect2 contract agreement (through GÉANT) with the European Commission for the rolling out of a research and education network for west and central Africa, the West and Central African Research and Education Network, (WACREN) has more reasons to smile after the Internet Society (ISOC) announced a $120, 000 contribution to the regional research and education network for support of NREN activities.

A Press Release from the Internet Society, released on 14 January, 2016 said the contribution, which comes under the AfREN Forum, is aimed at improving Internet infrastructure and technical skills on the African continent.

According to the release, the Society’s support for the programme will focus on three major areas which include working with WACREN to expand existing programs using e-learning tools to provide training to more African NREN Members, increasing participation of African NRENs in the Internet Engineering Taskforce (IETF) and supporting the participation of African universities in Internet development conferences.

WACREN will be working with UbuntuNet Alliance and the Arab States Research and Education Network (ASREN) to implement activities under the project. The contribution is the largest that the Internet Society is making to African NRENs after donating networking equipment worth more than $170,000 to WACREN and ASREN in 2013.

Dawit Bekele, Director of the Internet Society’s African Regional Bureau says The Internet Society is proud to make the contribution to WACREN to support African Research and Education Networks adding the agreement demonstrates the Society’s strong belief that the Internet can be a significant tool in transforming education and research in Africa, which will in turn serve as major pillars of building the Internet economy in Africa.

CEO of the WACREN, who is also the AfREN Convener, Dr. Boubakar Barry, pointed out that the ISOC-AfREN initiative will greatly contribute to building the needed capacity in African academic and research institutions, while promoting and supporting African participation in IETF activities.